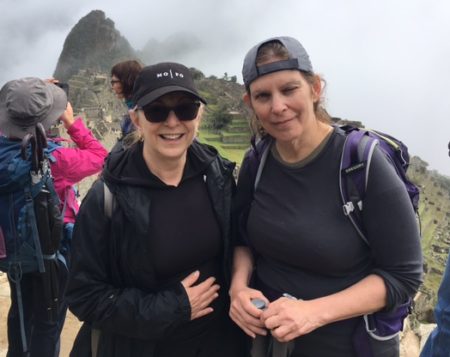 Each year, ADAPT Community Network has a team of New York City marathon runners that commit to not only raising meaningful funds towards our mission, but to running 26.2 miles throughout the five boroughs.

This year, ADAPT is grateful to have three dedicated runners; Susan Cohen, Patrick Matthews and Cecile Vanech. Together they have already raised $7,744! Help support our runners by donating here.

Patrick is a seasoned runner and has run with TEAM ADAPT, formerly TEAM UCP, a number of times.

The New York City Marathon has grown from a Central Park race with 55 finishers to the world’s biggest and most popular marathon, with more than 51,000 finishers in 2016.

Cecile, a teacher at The New York League for Early Learning William O’Connor School for over 20 years, said, “The opportunity availed itself to enter AND raise money for our schools AND the marathon is on my birthday so I just said yes!”

Cecile was able to recruit her friend and colleague Susan, who jokingly noted, “Cecile needed someone to actually come in slower than her and make herself look good.”

Running for a charity at the TCS NYC Marathon gives you the opportunity to change lives and give back to your community. ADAPT is proud to be one of the more than 350 Official Charity Partners of the 2017 TCS New York City Marathon.

Can’t donate? Get out on the streets and cheer them on! Thank you Susan, Patrick and Cecile for your dedicated and support of ADAPT.