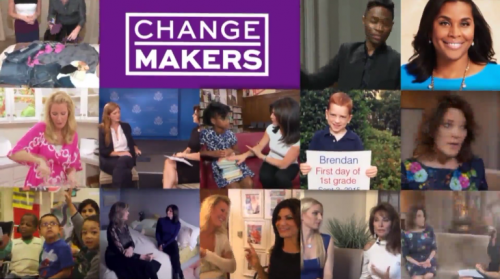 Over the past five years, NYU Senior Lecturer Allan Goldstein has been impacting hundreds of students through his Disabilities Studies course.

Most recently, Goldstein and his course was the subject of a WPIX 11 “Changemakers” segment. The Changemakers series focuses on individuals who are inspiring, mentoring, collaborating, and innovating to make their communities and beyond stronger places. An instructor of Technology, Culture and Society, Goldstein invites people with disabilities from ADAPT Community Network into the classroom to work closely with students on digital video projects. These collaborations were featured on the Changemakers segment by Eight-time Emmy-winning News Anchor Tamsen Fadal.

Students in the course engage with individuals to comprehend the factors of living with a disability. In doing this, Goldstein hopes to shed stigmas that are often associated with disabilities and open students’ eyes to a more inclusive world.

Personally impacted by disability, Goldstein is personally committed to raising awareness and influencing students, peers and individuals with disabilities through this course.

Goldstein’s focus on building connections between people in and outside the classroom, and fostering the next generation of engineering-minded disability advocates, has earned him multiple accolades, including being featured in an award-winning documentary “The Ability Exchange,” which followed the relationships and experiences that unfolded between students and consultants during his pioneering disabilities course.

ADAPT is thrilled to have this ongoing partnership with Goldstein and the NYU Tandon School of Engineering, providing a space for relationships and partnerships to grow between engineering students and individuals.