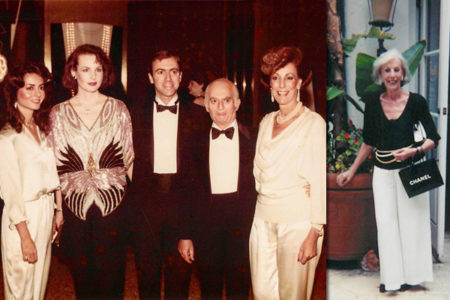 ADAPT Community Network has a long history of dedicated supporters. One such amazing advocate was Ann Lence. While we are saddened by her passing on June 16, 2020, her decades of support continue to this day.

Ann was installed as President of the Women’s Division in 1975 and helped to raise awareness and support ADAPT Community Network (formerly UCP of NYC) throughout her tenure as president and beyond. She devoted time and energy into supporting individuals with disabilities and worked closely with Ethel Hausman, one of the founders of United Cerebral Palsy, to help with fund raising efforts and events in Queens and throughout New York City. Her support contributed to making UCP the leading non-profit to support children and adults will cerebral palsy.

“Her avid involvement with UCP was always a big part of our family’s life growing up in Forrest Hills,” states her son George Lence, President of Nicholas & Lence Communications. “For a number of years as a teenager I would help in setting up the party room for the annual Las Vegas night event in Queens and we all as a family watched the annual telethon hosted by Dennis James.”

It was Ann’s wish, carried out by her son George, to direct contributions in her memory to ADAPT Community Network. This is a testament to her unyielding support and belief in the cerebral palsy community and ADAPT Community Network’s mission. Ann’s stewardship has helped hundreds of people with disabilities live healthier and better lives. ADAPT celebrates her life and lasting contributions.