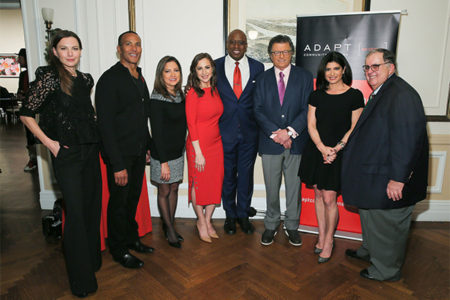 A night of holiday festivities and luck of the draw at ADAPT Community Network’s 9th Annual Santa Project Party raises a record-setting $105,000 for the agency’s preschool education programs.

More than 250 attendees clad in festive attire enjoyed a night of holiday fun and cheer including music, food, and gaming at ADAPT Community Network’s 9th Annual Santa Project Party, held on December 3, 2019, at The Down Town Association in Manhattan. This year’s Casino Night-themed event was a record-setting success, raising $105,000 for ADAPT’s preschool education programs throughout New York City!

You can bet your bottom dollar that the money raised goes to a terrific cause. It is used, in part, to buy gift cards for the school children and their families for the holidays. Some proceeds are also used to fund SMART Boards and other items for the preschool programs. ADAPT is the largest provider of preschool education for children with disabilities in New York.